Just a few tidbits from the field…

Had this annoying error when trying to open .ADP files from a network share.  Read many posts but found the solution to be the following:

Using a GPO:
a. Go to User Configuration | Administrative Templates | Windows Components | Attachment Manager
b. Edit the setting Inclusion list for low file types
c. Set it to Enabled and then enter the file types you don’t want to be warned about.

2. I was working with a XenServer support engineer who, when not quite sure of a command he had entered earlier, entered the “history” command and it displayed a list of all commands previously executed.  Being that I spend most of my time on Windows servers, I found this little command to be pretty neat.  I’ve already used it several times since.

3. If you get an Invalid Login with code 0000C801 when logging into an App-V Management Server running on Windows Server 2008, enable the IIS Windows Authentication role service as pointed out here: 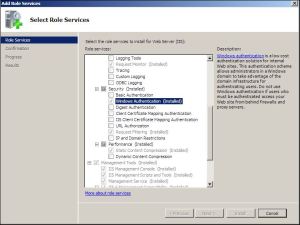